â€œThe Met is one of your dreams and it sounds like a dream come true,â€ Torres said last week.

Atlanta artist Julie Torres created a series of screen prints of Justice SCOTUS Ruth Bader Ginsburg. One of them was acquired by the Metropolitan Museum of Art this summer.

Both artists have shows to see locally. “Love always wins” from Torres to the Contemporary Maune gallery in Buckhead, has been extended until the end of August. Boyd’s traveling exhibition “Woe” will premiere on August 26 at the Lupine Foundation Gallery at the Lamar Dodd School of Art at the University of Georgia and will run until November 19.

Torres, who grew up in Tallahassee, Florida, is a lawyer by training, but five years ago he graduated with a fine arts degree in printmaking from Savannah College of Art and Design. This made two creatives in the family; her husband is multimedia artist Alexi Torres. Some of his early works merge law and printmaking. The 2018 “Water Wars” series depicts the long-standing legal dispute between Georgia and Florida over the water in the Chattahoochee-Apalachicola-Flint River Basin. Florida accused Georgia of decimating its oyster industry by using essentially too much water from the Chattahoochee upstream, limiting the amount of water flowing and feeding the Florida Panhandle oyster industry downstream. This case was settled earlier this year in Georgia’s favor by the U.S. Supreme Court. Although Torres never worked on the case, as a person high in the Panhandle, she was forced to return it by blowing up chunks of text from a decade of court transcripts, then painting the bends and the meanders of rivers with gold leaf. Printed on several canvases, once aligned, they form a map of the river basin. 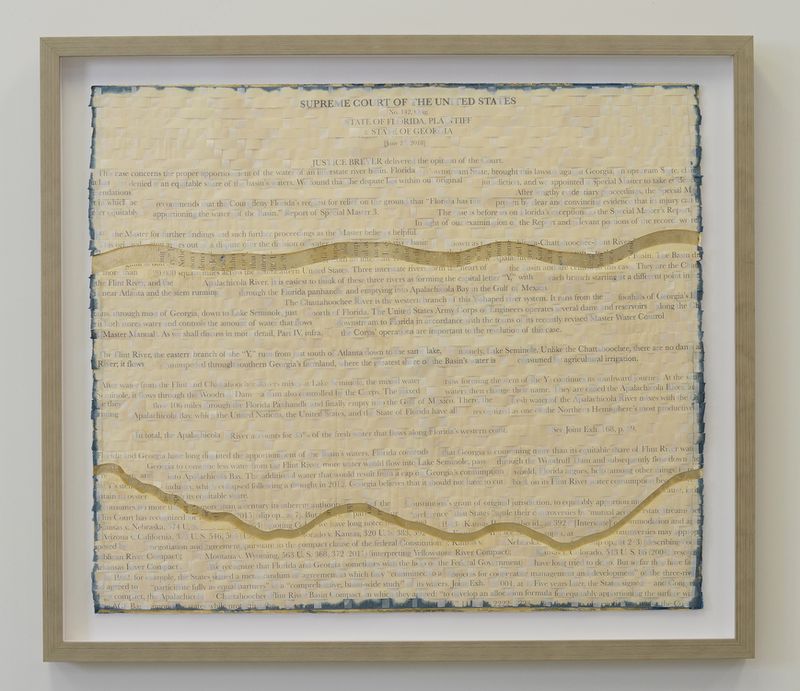 The “Water Wars” series, by Atlanta artist Julie Torres, illustrates the legal battle between Georgia and Florida over water.

But it was Torres’ return to the Supreme Court that finally got his work noticed by the Met. In 2019, she created a well-received series of portraits of Judge Ginsburg by weaving strips of paper to form a grid. Next, she printed a photo of the judge, wearing her courtroom gown, looking straight at the viewer. Rather than black, the dress was orange with white spots or orchid purple with geometric patterns. In the margins, around the image, were quotes from Justice Opinions and her speech at the White House Rose Garden when she was appointed to court. They talked about the power of the law, but also the potential of women.

However, as the pandemic forced galleries and art fairs across the country to close in 2020, and find few physical outlets open to sell his work, Torres turned to a platform. on which many artists now rely, Instagram. For this site, she realized that she would need to create work at a lower price to attract a wider range of buyers. So, she reduced Ginsburg’s portrait to flat paper in tones of blue and pink ink. A few days after publishing it this spring, a collector bought it. This collector had a decades-long connection to the Met and took it to the drawing and printing department to have it framed. This caught the attention of a department employee who then called Torres, she said.

â€œHe wanted to know if I had another piece that he could show a curator,â€ Torres said. â€œI almost dropped the phone. Who expects the Met to call you? “

The curator was fascinated by the image and the museum purchased the piece. What surprised Torres was that she later found out that the piece was to be included in the “Resistance” exhibit.

â€œThey have about a million pieces in the design and print department, but the likelihood (‘Super Diva!’) Of being shown in an exhibition might not even happen in my lifetime,â€ Torres said. “In a year not a ton of work has come out and shown.”

Now “Super Diva!” will be on view until mid-January at the Met, but the entire exhibition is also virtually visible.

The final stages of Boyd’s journey to the Met came last year when her gallery, Fort Gansevoort in New York City, held a virtual exhibition of her paintings on fabric. While she uses the quilting technique, Boyd’s large-scale textiles tell what it is and what it is to be black in America. From Tuskegee’s experience to the murder of Medgar Evers, the joys of getting ready for an evening in town with friends, Boyd uses organza, wool, silk and soft cotton to create a record. 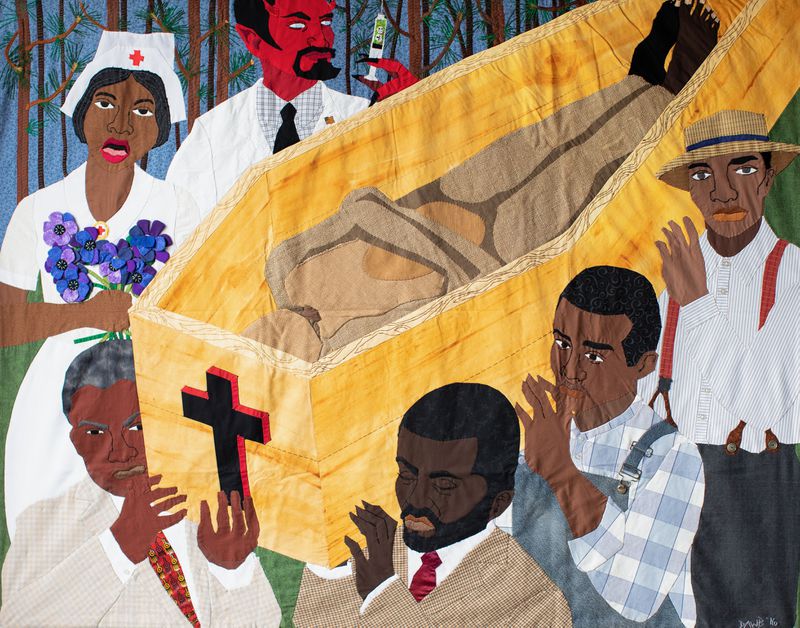 “Bad Blood” is one of the scorching, difficult images of racial justice quilts by Atlanta textile artist Dawn Williams Boyd. Boyd’s â€œCloth Paintingsâ€ exhibition is now on display virtually at the Fort Gansevoort Gallery in New York. Boyd believes it is the artist’s role to comment on and reflect on the injustices of the past.

The Atlanta Journal-Constitution featured Boyd on the Virtual Show last year. But Kelly Baum, curator of the department of modern and contemporary art, and Sheena Wagstaff, chair of that department, were able to see the exhibition in person. Boyd’s semi-autobiographical play, “Sankofa,” refers to his childhood in Atlanta (including his grade 8 report card) and his subsequent journey as an artist. 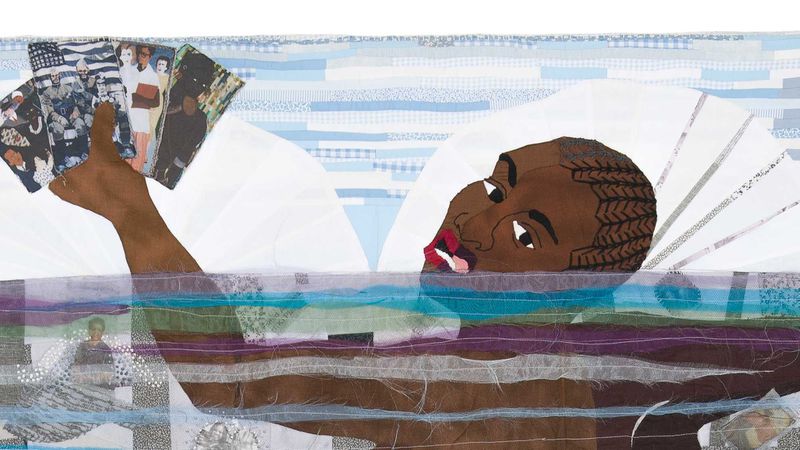 This is a detailed photo of Atlanta artist Dawn Williams Boyd’s fabric painting, “Sankofa”. The piece was recently acquired by the Metropolitan Museum of Art in New York.

â€œKelly came to inspect the work and fell in love with the part and that’s how the acquisition happened,â€ said Alja Freier, associate director of Fort Gansevoort.

Boyd learned in mid-June that his piece would join the permanent collection.

â€œYou know how you bend your arms and pull down and say, ‘YES! â€œI felt like jumping up and down,â€ Boyd said when she had the last laugh.

Subsequently, the Birmingham Museum of Art in Alabama acquired his fabric painting, “The Three Marys”. Only two museums in Georgia have Boyd’s work in their permanent collections, The Columbus museum and the Omenala Griot Afrocentric Teaching Museum and Event Center, created by Boyd’s mother, Narvie Williams Puls, in Atlanta’s West End.

Torres and Boyd are working on new pieces for upcoming exhibitions, excited about what the future holds.

Torres and Boyd are currently showing up in Atlanta and are open to the public.